Serendipity Sharpe Ominus is an Ayr resident and Mayor six times running. In her previous life she was Xenina Ramsay. Lady Serendipity is a young woman with bright blue eyes and very long dark brown hair. She has a flare for poetry and dramatic writing. She tries to be positive whenever possible. She looks for friends, not drama. She loves men and her attraction to them, but has been hurt badly in the past. Before she met Julius she never thought she would marry at all. 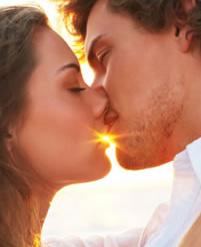 Serendipity is the effect by which one accidentally stumbles upon something fortunate, especially while looking for something unrelated. So, if you should happen upon her, don't be too surprised at your good luck.

Player's Note: I chose the name Serendipity because I was hoping to find something good and boy . . did I ever get what I was looking for. =)

Seri's past is one she does not speak of too often. She's chosen to look forward instead. She grew up in Ayr, but her family was lost to her. She lived in Galloway for a while. She once had a very full life and career. She felt good about her contributions to Scotland (as Xenina). She even fell in love, but it was not to be and she moved away to escape him.

However once she had moved to Glasgow to escape her love, she fell into a state of confusion and self-doubt. She was just devastated and tried to run from it. She crawled into a bottle and drank the pain away.

After all the dust had settled she found herself a broken woman with a devoured life. Everything she had worked so hard for was gone now. (Being reborn in game). She had no money, no reputation, no friends, nothing. She woke up in a church, the priest having taken her in during a rain storm. She thought back. She only remembered pieces of her life for the past two months. What had she become? What things had she done that she didn't remember? She fell at her knees in the church and pleaded with Jah to forgive her sins, to forgive her trespasses, to forgive her loss of judgement. She resolved to try and change herself by becoming less selfish and smarter about her choices. She decided to focus on the positive things in life. She felt completely renewed when the Mayor welcomed her and her zealous spirit. He asked her to be the local bartender and she was pleased to get the invitation. 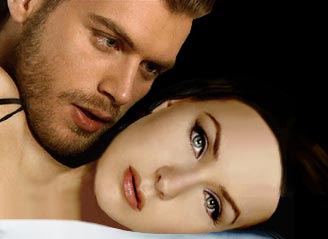 Soon she was an Assistant Mentor and then was appointed Chief Mentor of the town of Kirkcudbright. She proudly worked to help others grow and learn. She found any opportunity to help her town, her county, her country.

One afternoon a very tall, dark stranger came into the tavern. He had dark clothing and a dark demeanor. He drank his ale silently as everyone discussed the events of the day. Soon he had Serendipity interested in him. She loved the mystery. She found him brilliant, eloquent and articulate. She had no idea that she was the target of his desires and that he would change her life -forever.

Once he had her alone he managed to completely sweep her off her feet and though he was just "passing through", the Girvan resident spent every day with her and soon they were inseparable. His intellect matched her own and she was intrigued and entertained by it. Never had she met a man so charming and so intriguing. He had a talent for writing and poetry. He made her laugh and complimented her in amazing ways. He seemed so confident and yet selfless at the same time. It impressed her. She didn't think this kind of man existed. She found herself completely enchanted by him and sought to see him every day. She soon convinced him to stay in town longer.

He gave her no name to call him by for many days. Every day they spoke and every evening they ate dinner and talked late into the night. After several nights of tavern chats she finally kissed him and that night she found out his name: Julius. 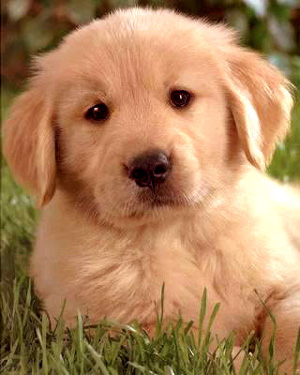 Meeting the larger than life Julius Ominus changed her perspective on life and on men. He was brave and strong, but so passionate that it made her feel more passionate about life. She felt much more connected to her home and any place that he was present.

Serendipity gives "Omi" a Golden Retriever pup. They name her Lucky Jewel. It is the least she can do for the man who has brought her senses back to life:

After finding herself missing him she decides that she really does love Julius. She comes to the decision that she will do whatever she can to make him happy. Walking the market she finds a gorgeous gift that will symbolize her love for him. Finding him in the tavern she runs in Come outside Honey. I have something to show you. She smiles as beings him out to find: a golden retriever pup. They quickly name her Lucky Jewel. (It was the least she could do for a man who has brought her senses back to life. In return for this gift Ominus smiled profusely and gave her an embrace and a kiss. That alone was well worth the investment.)

She also has a pet elephant that she pulls out to humor people. His name is Jimmy.

Serendipity opens the HodgePodge Inn in Ayr City. She quickly invests in cards to make the tavern a 10 seater.

Serendipity had known for quite some time that she was in love with Julius, but on this night he took a knee in her tavern and proposed. He presented her with a beautiful ring and asked her to marry him.

She giggled; her eyes filled with tears. "Yes. I will marry you Julius!" It's the happiest moment of her life.

Your revolt was a great success! You were joined by a few brave comrades against a few demoralized soldiers. (In this sanctioned revolt: QThews, DrewChristie, Andrew.Patrick, myself and Ominus took Ayr from Wandress. After this, Qthews held the town until Serendipity could move her field. Then she ran the town for many terms. She was welcomed by Wandress, Becki and some other active locals. This was great because she was very nervous about moving there. She left everything in Galloway to come and help Ayr to succeed after it's pillaging and the loss of a great population of people.)

Julius serenades Serendipity in the tavern, much to her delight. Julius says, "If I could play but one song for the rest of my life, it would be this one"

He places his hand over hers and moves it to rest upon his chest "Each beat of my heart is a note, a note in my love song for you. Though it may be a simple song it's one I believe without a doubt, when I'm in your presence each beat fills me with an almost overwhelming sense of appreciation." Seri melts.

Serendipity and Julius have a beautiful URAC ceremony in the tavern. His Grace the Archbishop Bennett officiates. That night Seri and Julius run off without a reception so that they can get better acquainted. The vows:

I, Serendipity do hereby take you as my husband, my one true love. With you I hope to share only happiness, unbridled passion and unending love. Hopes are not always realities though. The dark times in my life speak for that. Still, you pulled me from a mire and changed my world forever.

No matter what future we face, today I vow these things to you:

I will cherish our union and hold it sacred above all else.

I will trust you and respect you; I will laugh with you and cry with you.

I will support you and encourage you in your hopes and dreams.

I will love you faithfully and look forward to your bright face every morning. You are my Sunshine after all.

I, Ominus, take you, Serendipity, to be my wife, my love, my brightly shining star. I cannot promise you that all things will always be perfect, but I can give you my pledge to do all within my power to look after your wants, your needs, and your feelings. For so long as men can breathe or eyes can see, I would desire to remain with thee. Whether the days be dark or nights be cold, whether we are young or old – In summer or in winter, in sickness or in health – Regardless of circumstance, and what may arise, I promise to love you unconditionally; To support you in your goals, to honour and respect you, to laugh with you and cry with you, and to cherish you for as long as we both shall live.

(Their marriage was not just passionate, but also withstood many challenges. Until the fall of Ayr they were together and madly in love.)

After speaking at length with Remmi in the Hodgepodge one night, they both confirm that they are in facts cousins. Thrilled by the news, he resolves to help her revive their Clan: Sharpe. She is excited to have found a relative. He joins the group officially.

March 6th, 1458: Serendipity founds the Scottish Cheerleading Consortium. It's function is to create a fun environment where all Scots can come and dress up and cheer for their friends and family.

May 10, 1458: Serendipity founds Brain Trust. It's function is to create an open environment where all people can discuss the improvement of Scotland as a whole.

Serendipity was the last legal Mayor of the town of Ayr and the last Countess of Ayr County . She has impressive knowledge of politics, economics and military tactics. She reads and learns continuously.

Serendipity/Xenina continues writing a tutorial blog located at http://xenina.blogspot.com. She assists Mayors, Trade Ministers and Council persons all over the RK world.

She also has a class: Introduction to Politics, available in Galloway or online in an Interactive University: http://renaissance.forumotion.net/renaissance-kingdoms-university-f8

Retrieved from "https://renaissancekingdoms.fandom.com/wiki/Serendipity?oldid=24760"
Community content is available under CC-BY-SA unless otherwise noted.