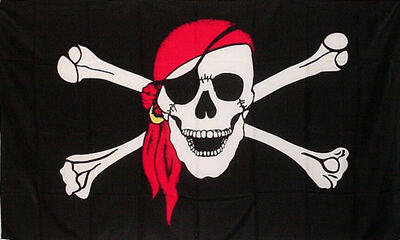 Nox Noctis Gentis Obscurum, or better known by their acronym, NNGO, is one of the oldest and most widely known organizations in all of the Renaissance Kingdoms and is a subject to much debate. Under their famous leader, Anto Capone, NNGO has moved to, and operated in, five countries (France, England, Scotland, and most recently Aragon and Castile), and have taken up residence in Ireland. Since then the majority of members can now be found in Scotland. Some see them as a heroic group simply trying to destroy a "corrupted system," and some see them as villains.

Anto Capone raised an army of NNGO and (after a bug that had been discovered by the previous mayor was leaked out to the public) installed himself as mayor of the town. The following day, the army was declared rogue by Munster Council. In response to this, NNGO made Port Láirge independent from Munster. This began a month long stand off, where eventually the Munster armies claimed back the town, after a full five days of battle. At the time, Port Láirge held the record as the longest independent town in all of the Renaissance Kingdoms (a record later broken in Leinster following the Irish Civil War). This incident also caused Port Láirge to receive the "new" fish types and is the only town in English speaking RK to have them.

On September 24th 1457 a NNGO army named "Obscene Outlaw Party Squad", or Oops for short, commanded by General Donnor Tudor arrived at the gates of Cill Chaoi. After a lengthy discussion the mayor had decided to allow the army to enter the town to minimize casualties and soon after the army was in town, Donnor Tudor took over the Town Hall. The following evening Donnor Tudor gave up his chair to Anto_Capone and then went and claimed the town independent of An Mumhain. Members of the NNGO are now claiming Cill Chaoi as a free city and have been rumored to be moving there in large numbers to finally be free from the oppressive council of An Mumhain.

(November 9th, 1457) Free City is the first city in Ireland, and all of the English speaking realms to complete a port (first port). In addition, the first ship, "Chalice", was sold to Lord Arogandor (4,000p) and his first mate Lector of the "Grail Lords Shipping Company". Bound for England and charging 300p a ticket the ship left the docks of Free City on November 20th, 1457 carrying cargo and notable passengers such as Dolina, Lady_Brianna, Maximiliaan, Nosferattus, and Jaseph. On December 8th their ship arrived safely in Liverpool, England.

(December, 1457) The NNGO seizes An Mumhain council and in a few weeks, and as part of their plan, completely destroyed the country. At this time the NNGO’s control extended everywhere in An Mumhain, from all of its council positions to its military force. With the council ruled by the group, arrests were sent out to over a dozen individuals suspected of being part of a rebel alliance. Many of these individuals were executed as enemies of the country, but some few, fortunate individuals received long sentences of jail time and crippling fines. It was also during this time that the country of An Mumhain (Munster, Ireland) effectively ceased to exist. Its mines completely crumbling, massive amounts of debt, internal divided chaos, and no goods or animals turned not only the capital of Corcaigh into a semi ruined city, but also the entire country. None of the its towns split off from each other, or came under the control of any warlords. Leaving the county hurting, many of the NNGO sailed out of Ireland at this time for greener pastures.

NNGO were the first in all of the RK English-speaking realms to build and complete a port, in Cill Chaoi, Ireland.

The Chalice was the first ship ever constructed in RK by the NNGO, under supervision of Captain Anto Capone in Cill Chaoi, Ireland.

The NNGO were also the first ever to to build a fleet of five ships that include: Booty, Nomad, Don't Panic, Goodship Lollipop, and Cutty Sark.

Currently, the NNGO fleet consists of many ships, and continues to grow. In December of 1458 the NNGO fleet attacked and sank 3 English navy ships. Current operations are classified, but NNGO operations continue to expand.

Maiden Voyages of the NNGO Fleet:

The NNGO invaded England in the Summer of 1458. A return to England had been long planned by the NNGO who wanted to avenge their betrayal by England long since past.

After almost a week of intense fighting, the four NNGO and Fury Armies were able to dislodge the defending English Armies. Carlisle and the County of Cumberland was now under NNGO control. English Armies moved to the outskirts of Carlisle and with neither side having a sizable tactical superiority, a period of siege began with the occasional battle to test each other's resolve. At this time the English city of Carlisle was annexed to Galloway, Scotland by the NNGO.

England began to gather additional forces in order to re-take Carlisle, but would not attempt to take back the County. After holding control of the County for over a month, and with mounting pressure from the King (the game administration), the NNGO decided to tactically withdraw from Carlisle. 90% of the NNGO forces made their escape by ship, while some simply crossed the border back into Scotland.

The initial invasion was concluded, but hostilities continue between the NNGO and England.

While the NNGO were engaged in combat activities in England, the King decided to close down the headquarters of NNGO in Cill Chaoi, Ireland. This left the large majority of NNGO homeless, and helped to force the NNGO withdrawal from Carlisle.

Scattered across Ireland, the NNGO decided that their new base of operations will be within the County of Chonnacht in Ireland. This large scale process of relocating dozens of people took a considerable amount of time and resources, and set back the military operations of NNGO by months.

After many months of rebuilding, the NNGO successfully won 3 consecutive Council terms in Chonnacht. NNGO's accomplishments during this time period included the completion of a level 4 port, smoothly managing the unexpected return of mine maintenance, and economic leadership and stability for Chonnacht. Satisfaction polls were at an all-time high during NNGO's tenure on Council. The NNGO continues to expand its scope of operations in Chonnacht and beyond, while organizing future operations.

Now, something unexpected had stirred the pot and the future planned operations will soon come to fruition. The NNGO will be on the march as the rallying cry is taken up all over Ireland and beyond.