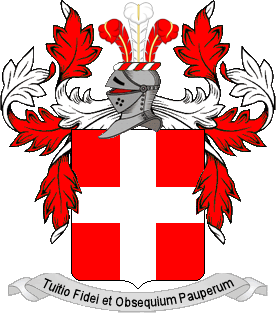 On the 20th June 1432, in the Castle of Great Novgorod Republic, Russia; the third child of Vasily II, Grand Prince of Moscow and Maria, Grand Princess Consort of Muscovy, took his first breath of this world. They named their son, Nikolai Volkov, meaning “Victory of the People”, House Volkov “Wolf”.

Groomed for military command as the Second Son, Nikolai grew up with a strict regimen of tutelage in combat arts, horsemanship, logistic, mercantile, linguistics, navigation, world history, geography, mathematics, tactics and strategy. However, he had a deep fascination with the human body and how it worked leading him to the art of healing. Often found in his rare spare time, in the physician’s halls as an assistant in his teenage years, or later on, as a field medic, post battle.

Following the expansion of the Novgorodian republic to the east and northeast, a young Nikolai was sent to Urgic Mountain region to supress an uprising for the Ugric tribes where he experienced, first blood and his intense dislike for taking life, yet would do so in order to protect his loved ones and those he was sworn to serve. Duty binding, he continued to serve as an officer and a gentleman for most of his adult life, fighting in many battles between the independent city-states such as Staraya Russa, Staraya Ladoga, Torzhok and Oreshek and the Hanseatic League of mighty Russia in his father’s name in the goal of uniting the motherland.

Upon his father’s death in 1462, he was thus released from his oath of service and duty fulfilled, given leave by his brother, Ivan I, the new Grand Prince of Moscow. After bidding farewell to his mother and elder sister, Nikolai chartered a vessel for England. He had gotten word of the whereabouts of his youngest sibling, Azusa, who had run away from home at an early age. He would locate her and build them a home in England where he would attend the country’s finest medical academies, in order to follow his personal dream to learn more about healing and start a new, having lived through enough death to last a lifetime.

A new chapter in his life unfolds, one with unbound possibilities.

♦Credence of his life♦

- Patriarch of the House of Volkov in the English Isles.

- Lord Justice of the English Court of Appeals (Retired)

-11/07/1462: After finding his sister Azusa (Azunyan) after four long years, they settled in Lewes, Sussex, England.

- 18/07/1462: The winds of change move swiftly and fortune favours the bold. I have had my fortune told and I am the King of Swords. And...a surprising union...with Syeira Mirga.

- 20/07/1462: Invested a large sum of money to buy 45% shares in the International Shipping enterprise; The Southern Star Company. Been appointed Chief Trade Officer.

Retrieved from "https://renaissancekingdoms.fandom.com/wiki/Nikolai_Volkov?oldid=24951"
Community content is available under CC-BY-SA unless otherwise noted.