Welcome to the page for MacDonald of Clanranald! Below you will find all the information about us you could possibly want or need. If you have any questions not answered here then contact our clan leader, Captain Roderick 'Gontana' Clanranald of Clanranald via in game PM.

John of Islay, Lord of the Isles, 6th chief of Clan Donald inherited lands between the Great Glen and the Outer Hebrides through his marriage to Amie MacRanald, the female heiress to the Lordship of Garmoran and captaincy of Clanranald.

In 1373, Ranald (d.1386) received a charter confirmed to him by his father John of Islay, Lord of the Isles. The charter was for the greater part of the MacRuari inheritance including the districts of Moidart, Arisaig and Lochaber.

Ranald had five sons. The eldest was called Alan (d.1440) who succeeded as Chief of the Clanranald. Alan's younger brother Donald became Chief of the Clan MacDonell of Glengarry. Alan MacRanald died in his Castle Tioram in 1440*. He was succeeded by his son Roderick MacRanald, the current Captain of Clanranald.

*Note: The death of Alan IRL was actually 1419/1430 I am not sure, it has been altered for the sake of logic as the current captain in RK is role playing himself as 18. 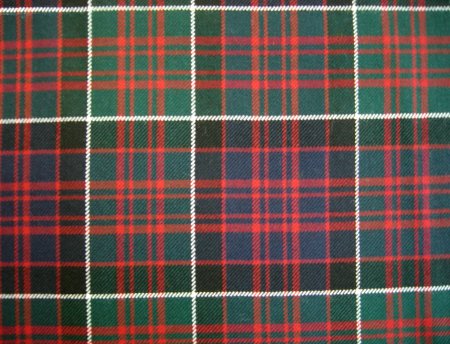 As said above we are very active in our recruitment and welcome anyone who would be a valuable member of Clanranald. Our clansmen are constantly on the lookout for those that we would be proud to call family. There is, a requirement or two, to join Clanranald. We are a clan that believes in the traditional clan life style, as such loyalty is a must. All who would wish to join Clanranald, must follow this process:

1) Ask or be asked by a clansmen to join.

2) Receive and fill in a short survey, sending your answers to the person that sent it to you.

3) Wait. For a few days your application will be discussed.

4) If application is passed then the applicant will via mail swear the Common Oath to the captain, an oath to not betray the clan.

5) After that, the applicant will be given access to the forum, and must in the designated thread swear the Common Oath in front of the whole clan.

6) The applicant is now an official member of Clanranald!

If you wish join just PM via in game message Captain Roderick 'Gontana' Clanraald of Clanranald or PM him on the forums. Remember my hope is constant in thee.

Retrieved from "https://renaissancekingdoms.fandom.com/wiki/Macdonald_of_Clanranald?oldid=25866"
Community content is available under CC-BY-SA unless otherwise noted.